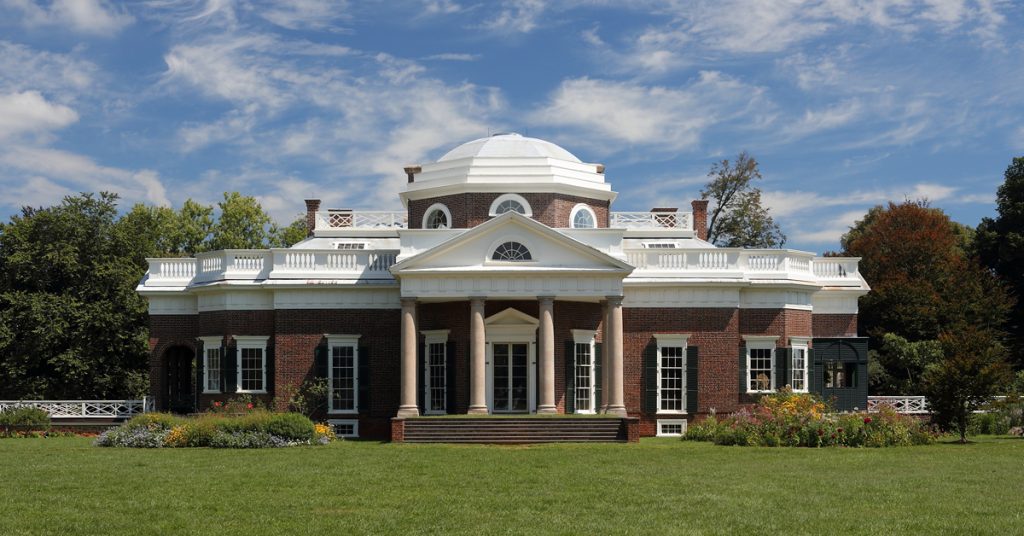 Why Thomas Jefferson Was a Stoic — and Not an Epicurean

Thomas Jefferson is frequently described as being an Epicurean, but this is false if you look at his actual beliefs and worldview. As historian, philosopher, and Jefferson scholar Mark A. Holowchak points out in this article, Jefferson’s worldview was not Epicurean but Stoic. In fact, when Jefferson died, he had a volume of Seneca’s writings on his bedside table.

In a much cited letter to William Short (31 Oct. 1819), Jefferson writes: “I consider the genuine (not the imputed) doctrines of Epicurus as containing everything rational in moral philosophy which Greece and Rome have left us. Epictetus … has given us what was good of the stoics; all beyond, of their dogmas, being hypocrisy and grimace.” To John Adams (8 Apr. 1816), Jefferson rejects Stoic ethics. “The perfection of the moral characters is, not in a Stoical apathy, so hypocritically vaunted, and so untruly too, because impossible, but in a just equilibrium of all the passions.”

Such passages are often cited in the secondary literature as evidence of Jefferson’s avowal of Epicurean ethics and disavowal of Stoicism. Gilbert Chinard in The Literary Bible of Thomas Jefferson notes, early in Jefferson’s life, a heavy influence of Stoicism that gets “transferred [to] moral allegiance to Epicurus” in his later years. Karl Lehmann in Thomas Jefferson acknowledges some influence of the Stoics on Jefferson, but says “he could accept only [the ancient philosophical system] of Epicurus.” He adds, “In general, he adhered to the Epicurean ethical creed.” Harold Hellenbrand in The Unfinished Revolution concedes that Jefferson was attracted to “Cicero’s extreme stoicism,” but adds Jefferson was too much drawn to lavishness—e.g., bound books, fine wines, and an elegant home—to adopt Stoicism. “Jefferson did not write as a stoic who renounced all emotions and avoided social contact; instead, he sympathized with the epicureans who accepted the passions and then tried to moderate them.” Andrew Burstein in “Jefferson and the Language of Friendship” states that Jefferson, in his famous Head-and-Heart letter to Maria Cosway, is “a philosopher of friendship, somewhat Socratic, and even more Epicurean.” He fails unfortunately to amplify. Daryl Hale in “Thomas Jefferson: Sublime or Sublimated Philosopher” writes that analysis of Jefferson’s architecture, readings, and writings shows him to be a “genuine philosopher” who “advocated a modern scientific and moral version of Epicureanism.”

Avowal of Epicureanism and disavowal of Stoicism notwithstanding, Jefferson was never an Epicurean and was always nearer to Stoicism than to any other ethical system.

Jefferson was never an Epicurean and was always nearer to Stoicism than to any other ethical system.

First, Jefferson’s Epicurus comes from Gassendi’s Syntagma. Jefferson in his 1819 letter to Short writes of inclusion of Epictetus as well as Epicurus to his about-to-be Life and Morals of Jesus (1820). “I have sometimes thought of translating Epictetus (for he has never been tolerably translated into English) by adding the genuine doctrines of Epicurus from the Syntagma of Gassendi, and an abstract from the Evangelists of whatever has the stamp of the eloquence and fine imagination of Jesus.” Yet Gassendi’s Syntagma does not include the “genuine doctrines of Epicurus.” It is an appropriation and bastardization of Epicurus’s doctrines to suit Gassendi’s purposes, Christian and Stoical.

Second, Jefferson and the Stoics acknowledge both cosmic and human nature. The Stoics hold that the study of nature—both human nature and the nature of the cosmos—indicates, through a discovery of its laws, the proper course of human action. Proper action is always action in accordance with nature; inappropriate action is always action in discordance with nature. The same is true for Jefferson (TJ to John Adams, 8 Apr. 1816). The chief difference is that for Stoics right action is driven by reason, while for Jefferson it is determined non-rationally—by one’s moral-sense faculty. Moreover, Jefferson’s cosmos was framed Stoically on a “principle of benevolence”—with events linked causally, the whole being well-ordered, and the quantity of pleasure and pain meted out on average to persons. For Epicurus, the gods are nowise involved in the affairs of humans. Thus, like the Stoics, Jefferson had a view of human nature, conceptually distinguishable from cosmic nature, but in alignment with it.

Third, Jefferson’s deity was Stoical, not Epicurean. For Epicurus, there are a plurality of gods, not one, and they lived in the space between the infinity of worlds (cosmoi). Being blessed, the gods nowise concern themselves with the affairs of imperfect humans. For the Stoics, the order and fine arrangement of the parts of the cosmos bespeak the goodness and perfection of deity, which is the cosmos. Deity concerns itself with the affairs of humans insofar as it concerns itself in the affairs of all parts of the cosmos. Jefferson too writes to John Adams (11 Apr. 1823) of deity being one and perceptible in the cosmos. “When we take a view of the Universe, in it’s parts general or particular, it is impossible for the human mind not to be percieve and feel a conviction of design, consummate skill, and indefinite power in every atom of it’s composition.” Deity is designer, fabricator, preserver, and regulator of all parts of the cosmos. Moreover, Jefferson’s writings on deity are also consistent with deity being equivalent to the cosmos.

Fourth, Jefferson’s ethics/natural religion was Stoical, never Epicurean. For Epicurus, the sole aim of life is pursuit of pleasure, chiefly of the mental sort, mostly through eschewal of pain (ataraxia). For Stoics, the primary ethical duties involve deity and other humans. They countenance veridicality, justness, and authenticity. It is the same with Jefferson, who too countenances a veridical lifestyle and regard for justice and authenticity. “Truth is certainly a branch of morality,” he writes to Thomas Law (13 June 1814), “and a very important one to society.” He advises Peter Carr (19 Aug. 1785) to behave not only honestly and with integrity, but also and always justly. Jefferson tells Carr to act always and in all circumstances as if everyone in the world were looking at him—a clear illustration of authenticity.

Finally, Jefferson was a Stoic cosmopolitanist. The Stoic view of “apathy” (apatheia) is not a matter of being indifferent, but of having disinterest while being utmostly involved in the affairs of humans and deity. Epictetus says, “I ought not to be undisturbed (apathes) like a statue, but I ought to maintain my natural and acquired relations, as a duty-bound man as well as a son, brother, father and citizen.” Jefferson too consistently speaks of obligations to others and to god as critical components of morality (e.g., TJ to James Madison, 28 Aug. 1789; TJ to Thomas Law, 13 June 1814; and TJ to Francis Gilmer, 7 June 1817). Obligation to others, founded on genuine benevolence, is why Jefferson delayed retirement for political service to his fellow Americans. “In a virtuous government, and more especially in times like these,” he writes to Richard Henry Lee (17 June 1799), “public offices are, what they should be, burthens to those appointed to them, which it would be wrong to decline, though foreseen to bring with them intense labour, and great private loss.” Asked by President Washington to be his Secretary of State, Jefferson (15 Dec. 1789) unequivocally expresses preference for remaining as Ambassador to France. He adds: “It is not for an individual to choose his post. You are to marshal us as may best be for the public good; and it is only in the case of its being indifferent to you, that I would avail myself of the option you have so kindly offered in your letter.” Concerning humans’ duty to God, Jefferson says to Benjamin Waterhouse (26 June 1822), “To love God with all thy heart and thy neighbor as thyself, is the sum of religion.” Love of others and deity, done with willfulness, suggests mental alignment with Stoic sympathy (sympatheia)—cosmic connectedness and belonging.

Why then did Jefferson expressly disavow Stoicism and avow Epicureanism?

Avowal of Epicureanism is readily explicated. Jefferson lists “happiness [as] the aim of life” for Epicurus and “virtue [as] the foundation of happiness” in his 1819 letter to Short. No ancient scholar would consider Epicurus as a eudaemonist. Moreover, virtue is important for Epicurus only insofar as it is conducive to pleasure through eschewal of pain. Jefferson’s Gassendian rendering of Epicurus is skewed.

Disavowal of Stoicism is also readily explicated. Jefferson’s gripe with Stoicism is that its aim, Stoic apathy, is riddance of all passions, not merely a just equilibrium of them.

Yet the Stoics did not embrace riddance of all passions. They embraced eupatheiai—literally “good passions” but better grasped as mild sensual enjoyments or mild sensual revulsions. Illustrations are experiencing joy on seeing one’s child excel in learning and experiencing caution before attending a dinner at which numerous profligates will be in attendance. Either for a Stoic is a legitimate—namely, reason-founded—concern. Thus, Jefferson’s belief in the Stoic notion of riddance of all passions is unfounded.