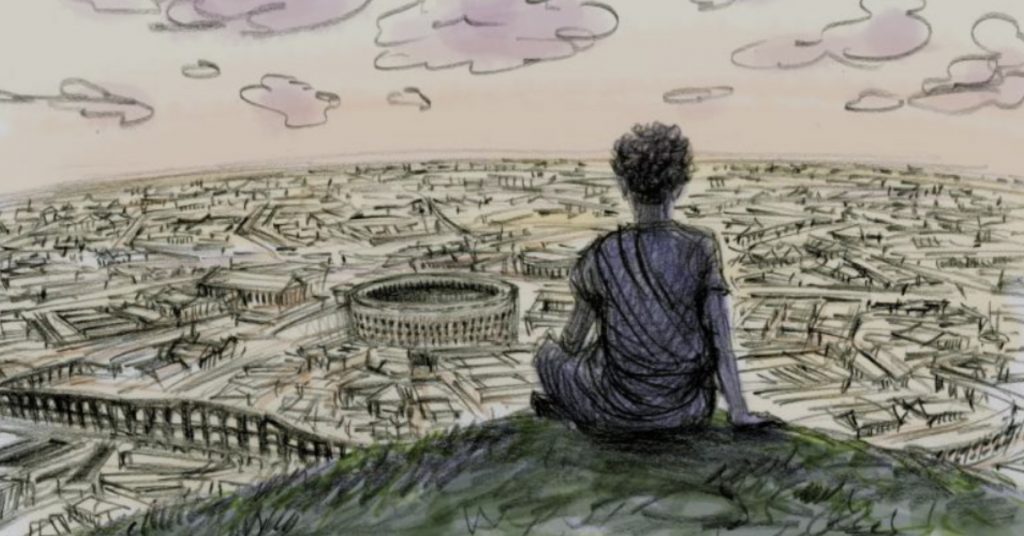 The Boy Who Would Be King: A Fable About Marcus Aurelius

Ryan Holiday’s children’s book about the young Marcus Aurelius is a skillfully told tale about character building, perfect for kids of all ages.

Having grown bored by reading typical children’s stories to my seven-year-old son, I jumped at the chance to order a copy of Ryan Holiday’s children’s book about Marcus Aurelius, The Boy Who Would Be King. After all, this was a story we both could enjoy.

Beautifully illustrated by Victor Juhasz, The Boy Who Would Be King is an engaging and captivating tale about the upbringing of Marcus Aurelius, perfect for kids of all ages. In our household, the first reading of this story was made by Dad (or yours truly). But after that, every few days, I now have my son read it to me, which takes about 15 minutes. Since I have the book on an iPad (which never leaves my side), this has developed into a pleasant father-and-son ritual: When we go out to eat at a restaurant, my son will read the story to me after we order our food. Since he gets noticeably better at reading the story each time, it’s enjoyable to experience his progress. Sometimes, too, I’ll interrupt him to ask how something in the book relates to his own recent experiences.

Fittingly, the book starts with a quote from the Meditations of Marcus Aurelius: “If at some point in your life, you should come across anything better than justice, wisdom, discipline, courage—it must be an extraordinary thing indeed.”

The real heroes in the book—aside from the young Marcus Aurelius himself—are Marcus’s mother and his teacher Rusticus. They both teach Marcus the kind of character traits that any parent would want his or her child to embody.

The story begins with the thought that, “You think that every little boy should like to be king,” but it was not an idea that young Marcus found appealing. “Why me?” was all he could think.

Then Marcus’s mother tells him, “The gods choose things for us. All we can choose is how we respond.”

Students of Stoicism will see this as an allusion to “the dichotomy of control” and the idea that, while we can’t control what happens to us, we can control how we respond to things.

Marcus continues to struggle with the fact that he will one day be king, but his mother responds, “To whom much is given, much is expected.” (This allusion to personal responsibility might also be a good lesson for our political leaders today.)

We are then introduced to Rusticus, the wise teacher of Marcus, who tells him, “Your path will not be an easy one, but I can show you the way.”

After making this point, Rusticus funnily piles some books into the arms of young Marcus to read—Epictetus, Zeno, Plutarch, and Seneca—nearly overwhelming him.  “Through the pages of a book,” Rusticus says, “we can talk to people who lived long ago, and learn easily what they learned with great difficulty.”

That said, lessons don’t stop with books, which are only a beginning. Rusticus teaches Marcus that he can also learn much from the different people around him—qualities like modesty or cheerfulness. He can learn from someone’s beauty or another person’s work ethic, and he can even learn how not to behave from those around him who are lacking in virtue—for example, people who have bad character traits, like cheating.

The entire book is a cleverly told story about Marcus’s training in what it means to have a good character, encouraged by the wise teachings and of his mother and Rusticus. As the story unfolds, Marcus learns many more essential character traits, including the principle of self-mastery. “Moderation in all things,” Rusticus tells him, “and remember, some things not at all.”

The beautiful, full-color illustrations contribute to the tale’s engaging quality, and the story moves at a fast pace. Most importantly, the author employs a very light-handed touch as he teaches kids about the human condition and what it means to be a good person. By communicating a sense of wisdom rather than a sense of moralism, the book feels instantly attractive to any reader. Older readers who are familiar with the Meditations of Marcus Aurelius will also enjoy the allusions to that text.

Everyone drawn to Stoicism seems to have his or her favorite Roman Stoic. In the case of Ryan Holiday (co-author of The Daily Stoic and Lives of the Stoics with Stephen Hanselman), there’s no question that his favorite Stoic is Marcus Aurelius, whose writings have made a profound impact on Ryan Holiday’s own life and personal development. An adult reader can sense this impact in The Boy Who Would Be King because a real feeling of love is reflected in the book’s pages. That feeling is further strengthened by the illustrations, crafted with care and attention.

This is the kind of book that any child could benefit from because the subject matter is universal.

Most importantly, this is not simply “a book for kids that draws upon Stoic philosophy.” Instead, it’s the kind of book that any child could benefit from because the subject matter is universal. In short, it addresses a large and significant question, but in a way that even kids can relate to: “What are those inner qualities that make for a good human being?” If you believe that courage, justice, discipline, and wisdom are character traits worth aiming for, The Boy Who Would Be King would be a wonderful gift for any child you might know.