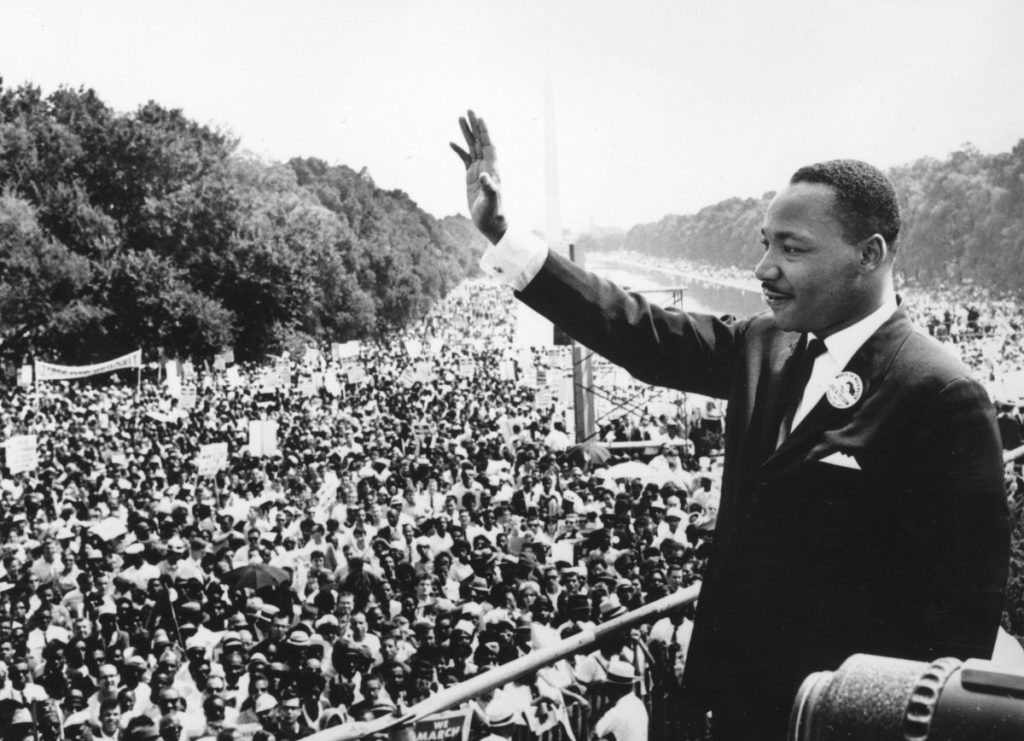 Martin Luther King and the Stoics

What unites the Stoics and Martin Luther King is their shared emphasis on the ideas of human equality, universal brotherhood, and the power of love.

Dr. Martin Luther King Jr., thanks to his outstanding education, was well-read in Western philosophy. In his writings and talks, he quoted philosophers from ancient Greece up to modern thinkers like Alfred North Whitehead, Paul Tillich, and Eric Fromm. For example, in his book Strength to Love, King quoted the words of the Stoic philosopher Epictetus. He offered the thought from Epictetus as a bit of moral advice for those involved in the civil rights movement: “It is not death or hardship that is a fearful thing, but the fear of hardship or death.”

King would have also been familiar with the Stoics from one of his favorite books, The Courage to Be, by the philosopher and theologian Paul Tillich. In that short work, Tillich quotes from the Roman Stoic Seneca extensively, praising and explaining Stoic thought about courage.

The Stoics are important for anyone who takes the idea of human rights or civil rights seriously because they were the first philosophers to assert the concept of human equality.

The Stoics believed that the universe is rational and that all human beings possess a divine spark of reason within. This common spark of reason makes us human, and it makes us brothers and sisters of one another in the global cosmopolis or world-community. This spark of reason, which we can develop with age, makes everyone equal at birth regardless of gender, nationality, or social status.

The Stoics, in short, were deeply focused on the idea of human community and fellowship. For example, the Stoic emperor Marcus Aurelius frequently reflected that, as rational creatures, we were “born for the sake of one another” to care for our fellow humans. In his short but profound book the Meditations (his personal journal), Marcus Aurelius continually reminded himself to work for the common good of humanity. Likewise, Seneca emphasized that without the mutual support of others, society would collapse. “We are all parts of a great body,” he wrote. “Our companionship is like a stone arch, which would collapse if the stones did not mutually support one another.”

Martin Luther King would have loved these thoughts, and he took up his central social idea and goal of the “beloved community” from Josiah Royce, a philosopher and theologian at Harvard. The latter was well-acquainted with Stoic ideas about universal brotherhood and the cosmopolis. Royce and King, however, gave their thoughts about the beloved community a Christian flavor, focusing on the redeeming power of love. Martin Luther King frequently spoke of “the solidarity of the human family.” In one talk, he said, “We are tied together in the single garment of destiny, caught in an inescapable network of mutuality.” That last line is so thoroughly Stoic, Seneca or Marcus Aurelius could have easily written it. (In fact, it does resemble lines from Marcus Aurelius.)

“We are tied together in the single garment of destiny, caught in an inescapable network of mutuality.” — Martin Luther King Jr.

King focused on the healing power of love to bring people together. As King repeated frequently, the entire goal of his nonviolent civil rights movement was reconciliation among all people. As he put it, “the way of nonviolence leads to redemption and the creation of the beloved community.” Like the Stoics, Martin Luther King saw his cosmopolitan ideas on a global scale. When he won the Nobel Peace Prize in 1964, King emphasized in his acceptance speech that “this call for a worldwide fellowship that lifts neighborly concern beyond one’s tribe, race, class, and nation is in reality a call for an all-embracing and unconditional love for all men.”

Josiah Royce, who first coined the term “beloved community,” criticized the Stoics for focusing on reason and not love. But Royce was wrong about this. For the Stoics, love played a foundational role in human community and society. The Stoics saw parental love for one’s children as the basis for our social institutions. When animals love their offspring, Cicero wrote, “We seem to be hearing the voice of nature itself.” In the human sphere, and at the adult level, this parental love gets expressed as kinship with others, and it ultimately results in the formation of “unions, societies, and states.”

Marcus Aurelius stressed the importance of loving one’s neighbors. He emphasized, “Love those people with whom destiny has surrounded you, but love them truly.” Seneca, too, repeatedly stressed the importance of love in maintaining society. He wrote, “All human beings are born for a life of fellowship, and society can only remain healthy through the mutual protection and love of its parts.” In a line that is even more timely, Seneca noted, “Remove fellowship and you will tear apart the unity of the human race on which our life depends.”

Given their ideas about human equality and fellowship, the Stoics did not discriminate against people based on their skin color or social status. In fact, as Stoic writer Kai Whiting has noted, the founders of Stoic philosophy, like Zeno of Citium, by our standards today, were “dark-skinned.” Zeno, and other early Stoics, were also immigrants. But the Stoics themselves would have seen these kinds of details as being irrelevant. Instead, the Stoics were concerned with how to develop an excellent inner character. In this sense, they would have warmly embraced one of Martin Luther King’s most powerful statements: “I have a dream that my four little children will one day live in a nation where they will not be judged by the color of their skin, but by the content of their character.”

David Fideler is an American philosopher. He is the author of Breakfast with Seneca: A Stoic Guide to the Art of Living, called “The most companionable of the new Stoic books” by the New York Times. He currently lives with his wife and son in Sarajevo.